Luke Ross (born Luke Olson) is the main characters on Jessie. He is shown to be a very mischievous and irresponsible boy. He was adopted from Detroit, Michigan when he was 4 years old. Luke is the second oldest. Luke was portrayed by the late Cameron Boyce.

Luke is a mischievous, sarcastic, cool, and a prank-loving boy. Several times he is shown to be bored out of his mind, especially when it comes to school, yet he is clever when it comes to playing tricks on his siblings and Bertram. He loves to do break dance.

Luke is very talented at dancing, especially break dancing. He often finds toning his dancing skills down to be difficult. In the episode "One Day Wonders" he break dances while Jessie plays the song "Texas Guys" in Central Park. In "To- Con" he and Emma give Bertram salsa dancing lessons so that he can impress a girl he has a crush on, by showing him some "basic steps," that no novice regardless of their weight can keep up with. When Bertram's self-confidence at the dance contest gets the best of him, Luke takes his place.

Luke has a terrible sense of hygiene. His gym clothes were able to knock out Mrs. Kipling. He doesn't care that much about his clothes as he has been known to rarely change his underwear. He hardly ever brushes his teeth and has a very smelly armpit smell, which he calls "a gift".

He is slightly more mature, and might be a little smarter, but still a prankster and his voice started to change.

He is much smarter and quite mature now. He is also more sensitive., And he almost completely stops with the pranking and also his voice got deeper

He continues to get smarter and more mature. He cares more about school. He stops pranking. 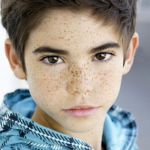 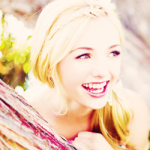 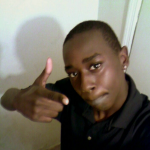