Jessica "Jessie" Marie Prescott is the main protagonist and title character in JESSIE. She's sweet, caring, weird and fun. Jessie can say silly things at times but still cares about her charges. She can sing and play guitar as well. Jessie doesn't make sense sometimes but is still a fun person to be around. She considers herself a struggling actress when she hasn't really acted at all. She loves Luke, Emma, Ravi and Zuri like family.

Jessie is portrayed by Debby Ryan.

Jessie was born and raised in Fort Hood, Texas. That means she was born in a rural town in Texas. Her father is in the Marine Corps, and she often describes him as being strict but soft. Jessie attended boarding school from age 6 till age 18, it was a military boarding school.

At age eighteen, Jessie got the sudden desire to follow her dreams, and moved to New York City as she believed that the place was where dreams came true. She'd told her father that she "had a great job", but actually had no idea where she was going to work. While in a taxi, Jessie realized that her wallet was missing and she had no money. This lead to her being thrown out of the cab, right outside an apartment building. She was unexpectedly given a job as a nanny after one of the kids, Zuri, saw her out on the street. She denied, but was hired anyway. She then moved into Ross Manor where she meets the other kids: Emma, a bubbly 13 year old who tries to reshape the world. Ravi, a 11 year old Indian adoptee who is imbued with his Indian culture, but is thrilled about being in the US. Luke, the 12-year old American adoptee who is very mischievous and loves to play video games. She also meets her co-workers: Tony, the 20-year old doorman, and Bertram, the frosty butler who cooks and cleans but can also be lazy at points in his job. He also doesn't like being a butler.

Jessie is very warm-hearted, friendly, kind, and fun to be around. She is always willing to help others, especially the Ross Kids, and tries her best to achieve goals. Even though she can get extremely jealous, and annoyed at times, Jessie does her best to make things right at the end. She is somewhat naive and almost never moody. She describes her romantic life to be very embarrassing and sad and states that she has never been on a date where something hasn't gone wrong. She has a fear of Port-a-Potties, but she gets over it in A Doll's Outhouse. In Star Wars it is revealed she dislikes rats. Jessie is an idealistic, optimistic, well-rounded starry eyed teen who does her best to aim high. She was a straight A-student and Class of 2011 high school graduate in school. Not only that, but she has a squeaky clean record. She knows how to fly a helicopter and loves music. Despite being friendly, she can be aggressive, and threatening, when others push her to her limits. Despite this, she nearly always does the right thing. She loves the children a lot, and is always supporting them during their hardest. She encourages them to do their best, and provides them with guidance, as is seen in many episodes. This shows her positive character.

Jessie has fair skin, long light auburn hair with bangs, and hazel eyes. She has a  round, plump face and full lips. She has a curvy body. She usually curls her medium-length hair, but unfortunately can be seen with straight hair in some episodes. She also has a firm, strong, and powerful build. Her outfits are always colorful, and she wears both dresses and blouses, jeans, tights, etc. Jessie's most worn type of footwear appears to be boots and sandals, and she is very rarely seen wearing sneakers. She is known to be very pretty.

Emma and Jessie are good friends who tell each other and Emma sometimes calls Jessie ugly and says she has bad taste in fashion but loves her and she becomes mean to her back. (See Jemma)

While Jessie takes no romantic interest in Luke whatsoever, throughout the first season Luke is constantly trying to ask her out and flirt with her. During the second season, Luke seems to understand that she is not interested, but every now and then tries to flirt with her. While they do not have a romantic relationship, they are both friendly to each other. However, in Diary Of A Mad Newswoman, it can be noticed she is more interested in his crush on her than she is in other episodes. (See Lessie)

Since Ravi is usually picked on by the other kids (Luke is usually the ringleader), Jessie sticks up for him and solves the problem it is shown that Jessie cares for Ravi very much and loves him very much and are good friends . (See Javi)

She and Jessie have a very close sisterly-like relationship. Jessie gets worried whenever Zuri talks to her imaginary friends too much or doesn't do her homework at all, but Zuri still listens to her... eventually. Jessie always has her back whenever she gets bullied. For instance, in World Wide Web of Lies, Jessie defends Zuri when she gets harassed by Agatha and Axol. At other times, Jessie tries to get Zuri to listen to her, but almost every attempt fails, like in Badfellas, Zuri refuses to leave her tree, Branchy, in Central Park, no matter how many times Jessie forced her to do so. Also, Jessie was the only one to find out about Zuri's amazing chess skills. Overall, they have a wonderful friendship. (See Zessie)

Jessie often comes to Bertram for advice regarding helping the kids out with their problems. Bertram usually gives her answers that involve being lazy, but they give Jessie good ideas. While Bertram shows himself to not want Jessie around, he thinks of as family, and he truly does care about her as a friend, and is even willing to walk her down the aisle on her wedding day (There Goes the Bride).

They meet in the pilot episode when Jessie first becomes the nanny to the Ross kids. In the third episode, Tony asks Jessie out on a date. Jessie doesn't want to date anyone she works with because she worries about the awkwardness there would be if they were to break up. Tony tries to kiss her but she avoids him. Soon afterwards though, she realizes she has feelings for him and they begin dating later in the season. They have their first kiss in the episode Tempest in a Teacup. In Break-Up and Shape-Up, they decide to break up but remain close friends. They also admit they will always love each other. They still get along really well together after initial awkwardness right after breaking up. Tony still has feelings for her. They got back together in The Ghostest With the Mostest. (See Tessie)

He currently works with Jessie after Emma made her the boss in Help Not Wanted.

They will first met in the first part of the Season 3 finale "Between the Swoon & New York City". They started dating in that episode and, soon after, got engaged. They broke up in the final part of the finale "There Goes the Bride", because she wasn't ready to share her life with someone else. (See Bressie) 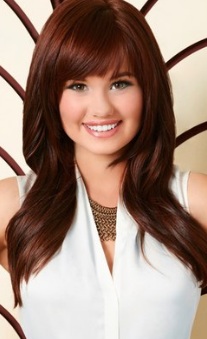 Jessie Prescott used to works as a nanny to a rich family. She moved to New York City in the first episode after already telling her father she had job. She didn't however and she soon meets the seven-year-old Zuri Ross. Zuri then brings her into her penthouse and asks her to be her and her siblings' nanny. After much consideration, and approval from Mr. and Mrs. Ross, Jessie accepts the position. Every now and then Jessie gets in to trouble and worries if she might lose her job but the Ross parents know she tries her best and loves the children very much.  Jessie's dream job is to be an actress. She has tried getting multiple jobs in anything from commercials, to plays, to TV shows, but usually these end in disaster. In Jessie's Big Break, she made friends with famous actress, Shaylee Michaels and got a job as a stuntwoman- even though she wasn't technically registered as one. Jessie finally got her big break, when she gets to be a lead on a new tv series about a superhero and while she get becomes a nanny to children as a cover in the series finale.