"Jessie's Big Break" is the tenth episode of Season 2 of JESSIE and the 35th episode overall. This episode is a hour long special which was premiered on February 15, 2013. 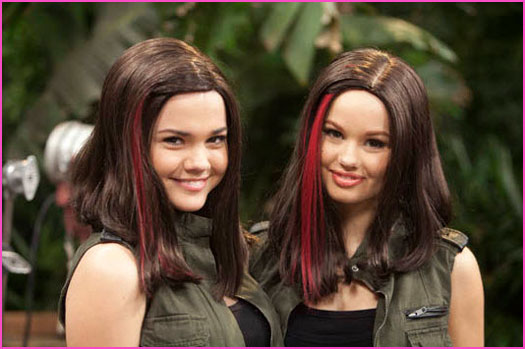 Jessie finally gets her 'big break' - as a stunt double to Australian actress, Shaylee Michaels. Jessie and Shaylee become friends quickly. However, when Shaylee's boyfriend McD starts flirting with Jessie, trouble arises. Meanwhile, Emma and Ravi help Zuri to sneak her pet zebra, Zeebee, into the penthouse. However, they get busted by a zoo caretaker, who also takes Mrs. Kipling. Now, they must save Mrs. Kipling and Zeebee. Luke is driving Jessie and Shaylee crazy with his camera in the end jessie kiss luke's cheek

Retrieved from "https://jessie.fandom.com/wiki/Jessie%27s_Big_Break?oldid=53302"
Community content is available under CC-BY-SA unless otherwise noted.