Not to be confused with Bessie, the friendship pairing between Jessie and Bertram.

Bressie (Brooks/Jessie) is the romantic pairing between Brooks and Jessie Prescott. They first met in the first part of the Season 3 finale, Between the Swoon & New York City, and became a couple in that episode. They will break up in the final part of the finale, There Goes the Bride. They are portrayed by Pierson Fode andDebby Ryan.

No Money, No Problems

The Runaway Bride of Frankenstein

There Goes the Bride

But Africa Is So... Fari

When Jessie is learning how to skateboard in Central Park, she struggles to do it and Brooks catches her. When they both get up, Jessie looks at Brooks and instantly develops a crush on him and vise versa. Brooks later comes to the penthouse and asks Jessie out on a date and she happily said yes, making them both very happy. Later, its revealed that they have been dating for two weeks and are very happy together. When Mrs Chesterfield finds out they're dating, and is Brooks' mother, they try to be together and go on dates, but Mrs Chesterfield keeps coming in between them. When Jessie says it might be be better for them to break up, because of Mrs Chesterfield, Brooks stands up to his mom and says that he really likes Jessie and really wants to be with her, despite his mom coming in between them, making Jessie blush. At the end of the episode, Mrs Chesterfield lets them be together, but says the war between them is not over. Jessie and Brooks then leave the restaurant happily.

No Money, No Problems

Brooks and Jessie are first seen coming back from a date and are very happy with each other. Mrs Chesterfield wants to try to break them up and asks Bertram to dig up some dirt on Jessie, that will lead Brooks to break up with Jessie. Later, back in the penthouse, they are seen talking and Jessie says that she has had the most amazing few months with Brooks and they both admit they love each other, and Brooks says "Jessie, I love you. And whatever it is, we'll get through it, together" and Jessie responds she loves him too and says "Aw Brooks, I love you, too". They then almost break up, but Mrs Chesterfield comes into the apartment after speaking to Bertram earlier and says she was wrong and wants Brooks to be happy and lets them be together, making them both very happy. At the end of the episode, Jessie comes into the apartment and sees Brooks and is surprised to see lots of flowers and a couple of candles, and Brooks says he has something to ask Jessie, making her happily nervous. Brooks says that Jessie is the most amazing girl he has ever met and makes him very happy. He also calls her the girl of his dreams, Brooks then proposes to Jessie, with a diamond ring, making her extremely happy and speechless. The episode ends with a sort of 'To be continued' ending.

The Runaway Bride of Frankenstein

Brooks asks Jessie if she will accept the proposal, but she questions it. Jessie wants to try and get the kids to like him, so she can be with Brooks. Brooks tried to make the kids happy, by helping them, but makes things worse, making the kids hate him. Brooks keeps asking Jessie if she's made the decision yet, but she keeps saying she doesn't know. In the end, Brooks manages to make peace with the kids and helps them with their problems and the kids apologizes and is happy for Jessie and wants her to be with Brooks, as long as she's happy. In the end, Jessie accepts the proposal and they officially become engaged.

There Goes the Bride

Brooks and Jessie are planning their wedding and Jessie invited Tony. Brooks gets a huge opitunity to run a animal sanctuary, but it's in Africa and he had to be there in 2 days. Brooks asked Jessie to go with her and she said yes, so they have to have their wedding the next day. On their wedding day, during the ceremony, Brooks said "I do", but Jessie said "I don't" and runs upstairs, with Brooks following her. Jessie is then seen in her room and Brooks walks in and asks her what happened and Jessie apologised for leaving. Brooks asked Jessie if she said no, because of Tony, with Jessie responding a little and he starts to walk out and Jessie pulls him back. Books asked Jessie why she said yes to marring him with her responding saying she loves him. They both talked about how the kids and the animals need them. They both had to follow their dreams. They then sadly broke up and share a hug, with Jessie crying. Brooks then walked out and left.

But Africa Is So... Fari 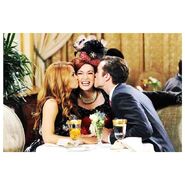 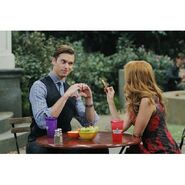 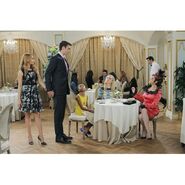 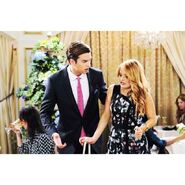 Add a photo to this gallery
Retrieved from "https://jessie.fandom.com/wiki/Bressie?oldid=100181"
Community content is available under CC-BY-SA unless otherwise noted.