All the Knight Moves

All the Knight Moves

All The Knight Moves is the sixteenth episode in Season 2 of JESSIE and the 44th episode overall. It first aired on May 3, 2013 to 3.08 million viewers.

After Jessie and Ravi discover that Zuri is a chess prodigy, Jessie enters Zuri into a chess competition where she can win two tickets for a flight to and from Paris. Meanwhile, while watching a show about unsolved crimes, Luke and Emma start to believe that Bertram is the "Scuba Bandit" and try to prove this- however, Bertram finds out and tricks them into being his "crime assistants". In the end, Zuri throws the match so that her opponent, Clement Brulee can go home to Paris to see his family and make amends, and Luke and Emma discover that Bertram isn't really the Scuba Bandit- he was just pretending to get back at them for believing that he was, although it was revealed that they got so scared they called the police, but when they're watching the crime show again, they start to believe that Jessie is the Sweetheart Bandit as the episode ends. 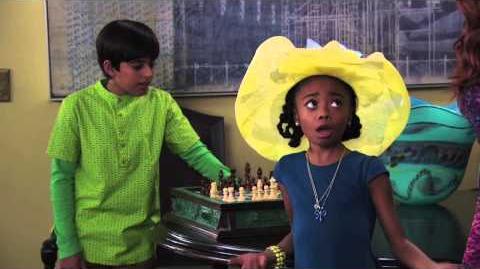